Ptosis (pronounced “toe-sis”) is the medical term for a droopy eyelid. People who have ptosis comment that people tell them they look “tired or lazy.” Because ptosis requires a constant effort to raise your eyelids it is not uncommon for patients to complain of fatigue and tension headaches. There are several causes of ptosis or a droopy eyelid. Fortunately with careful evaluation and diagnosis it is usually possible to minimize or eliminate ptosis with an outpatient eyelid surgery to repair the problem.

Acquired Ptosis or Droopy Eyelid
Ptosis is most often acquired as a result of the aging process. A specialized muscle is responsible for elevating the eyelid. Over time, it can stretch or detach from its insertions and can allow the upper eyelid to rest in a lower position when the eyelid is opened. Sometimes this causes the normal upper eyelid crease to appear to have migrated upward. Patients with this problem may often have to tightly squeeze their eyebrow muscles, giving them “furrow lines”, further affecting their appearance and comfort. While most patients don’t realize that they are doing this, they may experience significant fatigue over the course of a day. This may make you appear tired or angry. Not only can this affect your appearance, but it can also significantly impair your upper and peripheral field of vision. 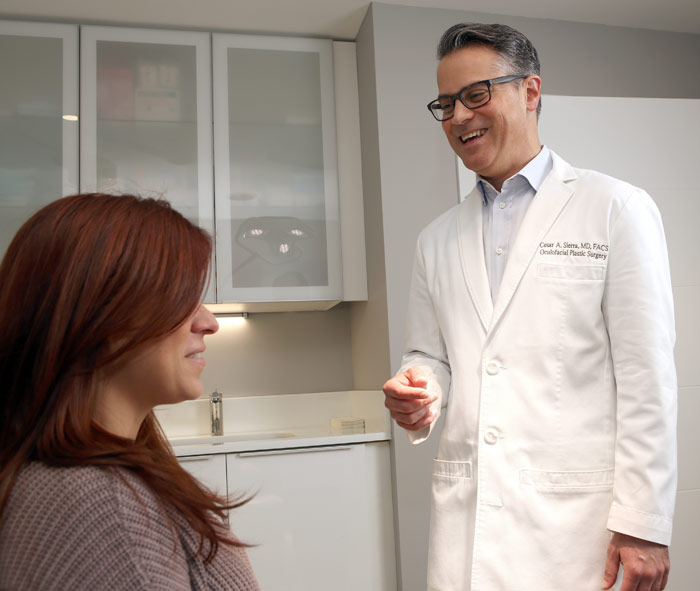 Another common cause of ptosis is the presence of excess upper eyelid skin and prolapsed fat, causing the eyelid to droop. This too happens most often with age. This is a condition called a pseudoptosis, as long as the upper eyelid maintains a normal position and functions normally. When it is the actual eyelid that is drooping, whether or not it is associated with excess upper eyelid skin, ptosis becomes the diagnosis.

Other less common causes of ptosis are typically mechanical and may result from trauma or previous surgery or tumors of the eyelid depending on their location. A condition call Myasthenia Gravis may cause droopy upper eyelids. Strokes or other neurologic damage to nerves of the face and eyes may also be associated with a droopy eyelid. There are several other even more rare causes of droopy eyelids.

About Congenital Ptosis
Another type of droopy eyelid is a congenital ptosis or a droopy lid that is present at birth. When a child is born with a droopy eyelid, this is considered congenital ptosis. There are several causes of congenital ptosis and it sometimes can be associated with other eye problems including misdirected or misaligned eye muscles. In many instances, the eyelid muscle that elevates the eyelid does not develop well. There is a spectrum of severity from very mild to very severe. When significant, the droopy eyelid can block the visual input to the child’s eye and impair the development of that eye and normal vision. The child may maintain an abnormal head posture in an attempt to see underneath the droopy eyelids. Your child’s pediatric ophthalmologist will evaluate the functioning of the eyes and eye muscles, and assess whether the associated ptosis is significant and requires correction. If surgical correction is necessary, we will be happy to see your child for consultation and then after a thorough evaluation explain the possible approaches to repairing the congenital ptosis. The eyelid surgery for correction of congenital ptosis may range from a simple tightening of the upper eyelid muscle if it has good function to even utilizing the brow muscles to elevate the eyelid. There are several ways of accomplishing this goal including the use of specialized materials and grafting techniques and if necessary we will guide you through this process so we can be helpful in achieving the best possible results.

To get help for droopy eyelid ptosis, schedule a consultation with Cosmetic Eyelid & Reconstructive Eye Plastic Surgeon Cesar Sierra, M.D. so that we can help you achieve a more pleasing appearance. 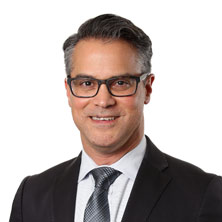 Cesar Sierra, M.D. is a Cosmetic Eyelid, Orbital & Reconstructive Eye Plastic Surgeon who specializes exclusively in the eyelids and facial areas around the eyes. Dr. Sierra is trained as both an eye surgeon and cosmetic & reconstructive ophthalmic plastic surgeon. His areas of expertise include blepharoplasty “eyelifts” or cosmetic eyelid surgery for baggy, puffy eyelids, brow and forehead surgery to lift troublesome areas.